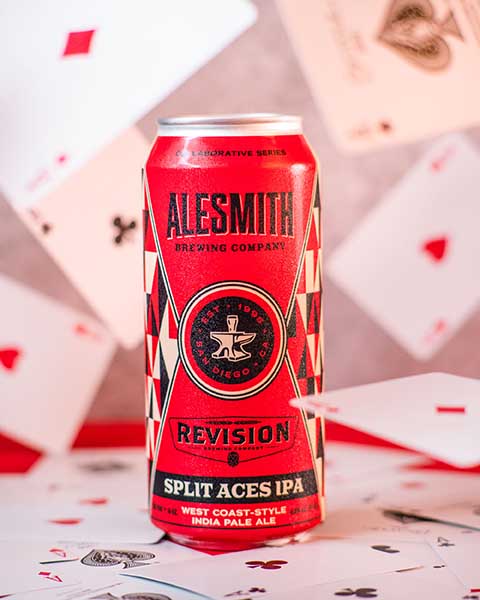 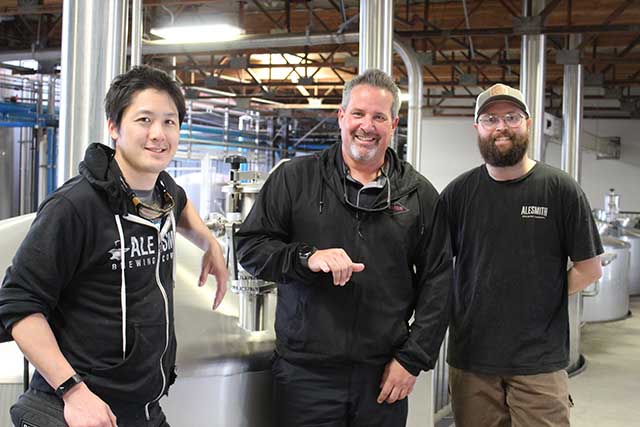 San Diego, CA (June 2022) – San Diego-based brewery, AleSmith Brewing Company, and Reno-based brewery, Revision Brewing Company, are proud to announce the release of a brew they’ve been collaborating on across state lines. Their latest joint creation – Split Aces – is a colossus West Coast-Style IPA jam-packed with hops and tropical aromas. The power of these two superb breweries results in the perfect IPA just in time for summer!

“We’re excited to collaborate again with our Jeremy and the Revision team on a style that we both love brewing and drinking. Split Aces IPA is a West Coast-style IPA that showcases the craftsmanship of both breweries. We hope everyone enjoys this beer as much as we do!”

Split Aces is packed with an abundant flavor of berries from Idaho 7, Chinook and Mosaic Hops. Idaho 7 hops brings juicy aromas of sweet fruit, while Chinook provides the pine-like flavor and Mosaic hops finish strong with the combination of floral notes to both citrus and pine. The result is a smooth and crisp brew that will make your taste buds burst with satisfaction!

“It was an honor to brew and work with such an amazing brewery and to experience everyone’s passion for beer and food” said Jeremy Warren, CEO and Brewmaster at Revision Brewing Company.

Get your hands on this collaborative brew, four-packs of 16-oz. cans at the AleSmith Tasting Room, at Revision Brewing Company or online via AleSmith’s Beer Finder.